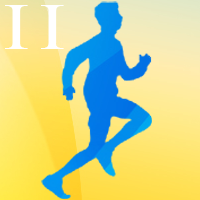 Many people see the popular fitness brand “CrossFit” nowadays, and wonder what it’s all about. A quick search for the term “CrossFit” will turn up a variety of information, ranging from YouTube workouts featuring grunting, training individuals cranking out seemingly impossible numbers of repetitions with seemingly (and indeed, actually) often dangerous form. It’s a branded phenomenon with competitions featured on ESPN2 and its own (pardon the term) cross-promotion with Reebok. But is it the same thing as cross training?

Not to spoil the punchline, but no, it is not.

In the classical sense cross training is utilized by athletes who wish to maintain or improve their sports performance during the off-season of their main sport. This is done frequently by college athletes who participate in multiple sports. A player might, for example, participate in basketball, baseball, and football, and thus never truly have an ‘off’ season longer than a few weeks. The theory is that, by not getting burned out on one sport, he or she will be able to maintain a high level of performance.

Modern MMA fighters could be said to cross-train on a continual basis, as they utilize Olympic lifting, powerlifting, and bodyweight movements for strength training, as well as focusing on sporting disciplines like boxing, wrestling, and jiu-jitsu. In this case, rather than switching it up seasonally, they are rotating their workouts on a weekly, even daily basis.

There are benefits and drawbacks to this strategy. The more widely one is spread out, the less one will excel at any given sport or activity. On the other hand, there is such a thing as diminishing returns. One will gradually improve less and less over time, as one approaches one’s individual peak.

This general strategy of switching it up can also be used by us mere mortals who have no aspirations of competing at the professional level, or whose college days are well behind us. We will discuss how to apply cross training (not CrossFit!) to your own regimen in our next blog post.

Interested in a Free 7 Day Trial Membership?
Find out More! »